Amsterdam Scientific Instruments (ASI) has acquired a license from CERN for the TIMEPIX3 technology, a core component for ASI’s next generation hybrid pixel cameras. With the newly obtained license the company can now deliver the systems commercially.

ASI is a spin-off from Nikhef, the Dutch institute of Particle Physics. Since its foundation in 2005, ASI is a licensee of MEDIPIX technologies and has been collaborating with Nikhef in the development and commercialization of hybrid pixel cameras based on MEDIPIX technology. TIMEPIX3 is the most recent result of a joint research effort of the MEDIPIX 3collaboration led by CERN. 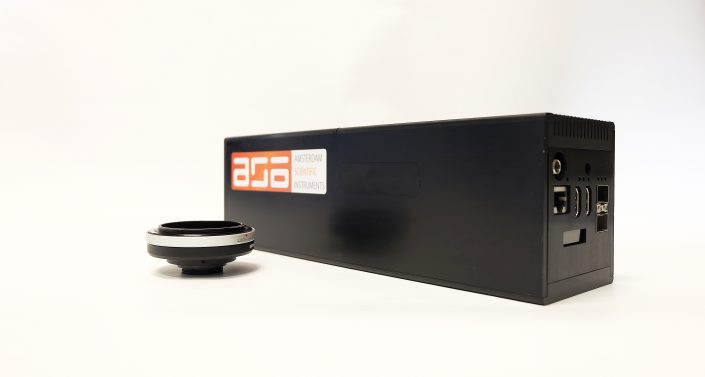 The new TIMEPIX3 based cameras can be used in a wide range of applications varying from X-ray imaging, electron microscopy to particle track reconstruction.

“This license demonstrates a next step in the ongoing and fruitful collaboration between ASI and CERN. We are proud to be commercialization partner of CERN for MEDIPIX technology.”

About the MEDIPIX collaboration

MEDIPIX is a family of read-out chips for particle imaging and detection developed by the MEDIPIX Collaborations. It enables high-resolution, high-contrast, noise hit free images – making it unique for imaging applications. Hybrid pixel detector technology was initially developed to address the needs of particle tracking at the CERN LHC. The Medipix1 chip, which uses identical front-end circuitry to the Omega3 particle tracking chip, demonstrated the great potential for the technology outside of high-energy physics. To further develop this novel technology and take it into new scientific fields the Medipix2 Collaboration was started in 1999, the Medipix3 collaboration in 2005 and finally the Medipix4 collaboration in 2016.

Physicists and engineers at the European Organization for Nuclear Research use the world’s largest and most complex scientific instruments to probe the fundamental laws of nature. CERN’s mission is: to provide a unique range of particle accelerators, to perform world-class research in fundamental physics, to unite people from all over the world, and to push the frontiers of science and technology, for the benefit of all. CERN’s Knowledge Transfer group engages with experts in science, technology and industry in order to create opportunities for the transfer of CERN’s technology and know-how.