ASI and Omics2Image participate together with Maastricht University, Crystellics and Genmab in the TA-COAST project, headed by prof. Jan Pieter Abrahams. The TA-COAST project is a research collaboration with two post-docs, which aims to accelerate the validation and development of an electron camera for nano crystallography applications. In October, the project has been granted financial support from NWO-CW.

Ron Heeren has recently transferred to Maastricht together with his research group. This article describes his involvement in prior research programs and his recently attained position as head of the Maastricht MultiModal Molecular Imaging Institute (M4I).

Scientific advisor of Amsterdam Scientific Instruments and co-founder of Omics2Image starts a new institute for molecular imaging together with UM.

Maastricht University (UM) has once again attracted a top research group. The transfer of Prof. Ron M.A. Heeren (1965) from Amsterdam to Maastricht on 1 September 2014 signals the start of the creation of a new European institute for molecular imaging: M4I, or the Maastricht Multimodal Molecular Imaging institute. Heeren will be appointed as university professor and Limburg Chair in the field of molecular imaging with an inter-faculty research programme. He will also be co-director of M4I. Along with Heeren, about 20 researchers are making the move from Amsterdam to Maastricht.

This is the first time that an entire FOM research group moves to UM. FOM stands for Fundamental Research on Matter. With his group in Amsterdam at the FOM Institute AMOLF, which is part of the Dutch Organization for Scientific Research (NWO), Heeren has been working successfully on innovative molecular imaging techniques, including the ‘mass microscope’. With the mass microscope, researchers are able to directly, quickly and with precision determine in a single experiment the location and identity of thousands of molecules on cells and tissue samples. This diagnostic information is critical for personalized medicine, which is the healthcare of the future. With proper molecular information, medication can be prescribed to better meet the individual needs of patients. The medications that will or will not be effective can be determined at an early stage. This improves quality of life and reduces the cost of healthcare.
This fundamental research is being further developed in Maastricht and informs clinical research, forensic research, research on cultural heritage and research on new smart biomaterials that are coming to light at the Chemelot Campus.

Through UM’s connection with this internationally renowned researcher, education and research in the field of advanced instrumentation in South Limburg will get a huge boost. Heeren and his group have been engaged within the NWO circuit in developing new imaging instrumentation based on mass spectrometry. The group will remain active as an FOM group in Maastricht and will be based at the Health Campus.

A key motivation for Heeren to make the move was the embedding of the institute in clinically orientated research at the MUMC +. The techniques developed by him and his group have also matured to a point where it is time to apply them in a clinical setting. The group was part of the Netherlands Proteomics Centre, and they take that knowledge and infrastructure with them to Maastricht to anchor and expand it within the ‘Kennis-As’ programme. ‘Kennis-As’ is a ten-year investment programme in which the university and other knowledge institutions, with the support of the Province of Limburg, invest in the knowledge economy on a large scale, including in the Maastricht Health Campus and the Chemelot Campus.

Maastricht offers excellent opportunities for Heeren to realise his vision for interdisciplinary research that transcends the boundaries of the faculty. “Research is no longer done on your own. Our research questions have become so complex that we must find the answers in collaboration. The close proximity to and accessibility of the new groups of Peter Peters and Clemens van Blitterswijk, but also to other established UM researchers, provides direct access to unique materials and techniques that we want to bring together within M4I. The growing high-value technological knowledge potential and scientific quality made the choice for Maastricht an easy one.”

Heeren successfully brings the technology he develops to the market, for example, with a company he launched called Omics2Image. “Valorisation is one of the main drivers of my research. It makes little sense to invest in technological development if society doesn’t also benefit from it. The majority of advanced instrumentation research is currently performed in close cooperation with industrial partners. We will continue to do that in Maastricht.”

With the arrival of Heeren and the investment in mass spectrometry imaging, UM is an international player to be reckoned with, according to Heeren: “I expect many researchers from all parts of the world to come to ‘Maastricht for Imaging’ (M4I). Nowhere in the world a higher concentration of imaging mass spectrometers and nanoscopy instruments is found as now on the Maastricht Health Campus.”

Earlier this year, UM welcomed professor of nanobiology Peter Peters and the research group of Prof. Clemens van Blitterswijk in the field of regenerative medicine. Like Heeren, Peters and Van Blitterswijk were appointed as ‘university professors’ at UM. These top scientists have a special position because of their scientific stature. They give innovative impulses to scientific developments that transcend traditional disciplines and play a profiling role in academic and social debates. They further contribute to previous initiatives that have to do with imaging such as Brains Unlimited, and expand Maastricht’s position as an international centre of excellence for human and molecular imaging.

The Province of Limburg has created the Limburg Chair for professors who form a connecting link for innovation developments within the ‘Kennis-As’ programme. Following Prof. Peters, Prof. Heeren will be the second scientist to occupy this Chair.

Twan Beurskens, regional minister of Economic Affairs (Province of Limburg): “With the recent investment in valorisation and infrastructure at the campuses, there is a positive image throughout the Netherlands of how Limburg is structurally working on its knowledge economy. The arrival of Prof. Heeren is a wonderful result of this image. I’m proud that Maastricht University knows how to attract top researchers like Heeren. The LINK institutes create scientific and economic value, and strengthen cooperation between the Maastricht Health Campus and the Chemelot Campus.”

Prof. Martin Paul, president of Maastricht University, sees the arrival of Peters, Van Blitterswijk and now Heeren as evidence that the ‘Kennis As’ programme works. We can now give these scientists a research environment and infrastructure that is pretty much unprecedented. These new research groups are of paramount importance for the growth and development of UM research. And the Limburg economy will benefit greatly.” 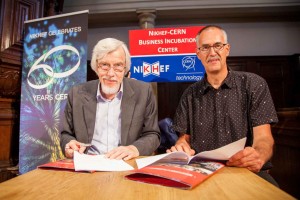 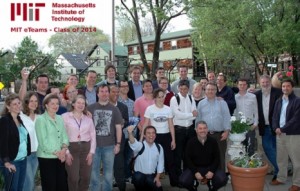 In May, ASI participated in the  MIT eTeams international acceleration program in Cambridge. Jos Scheffelaar, chief executive and co-founder of the Launch in US Alliance and EuroUS Accelerator and MIT eTeams organizing committee member, wrote a beautiful report in the BetaBoston that shows what makes this one of the few effective international accelerator programs in Boston.

This website uses cookies to enrich your user experience. The cookies allow us to measure your interactions with our websites, products, and services.
We also use them to provide you with more relevant information in searches, and in ads on this and other sites. By clicking “OK” you consent to the use
of ALL cookies. To adjust your preferences or to view our vendors, click "Customize."

We also use different external services like Analytics Plugins, Google Maps, Google Webfonts, and external Video providers. Since these providers may collect personal data like your IP address we allow you to block them here. Please be aware that this might heavily reduce the functionality and appearance of our site. Changes will take effect once you reload the page.